Starting your first business can be a terrifying experience but the worst thing of it all is the fact that you’re heading into the unknown. This is why you need to do your research and see what people who have already made it have to say. According to Harold S. Greenen, there are two currencies of the business world – money and experience. The latter, although often underestimated, is the more valuable of the two. This is why you need to take it whenever you have the option. Here are six tips that will help you learn from the experience of others.

When starting your own business, you need to keep in mind that the deck is already stacked against you. They say that 9 out of 10 businesses fail and it’s more than evident that all your competitors already have a niche presence, they have more money, they already have a customer base… In other words, if you’ve decided to discourage yourself, it would be fairly easy to do so. However, why wouldn’t you take the opposite approach and try to counter each of these excuses with something encouraging? Pretend that you’re someone you love (a friend, relative or a partner). Now, come up with something empowering to say.

One of the biggest problems that new entrepreneurs encounter in the business world is the fact that they are faced with so many different resources and it’s impossible for them to tell which are the most valuable. You see, while balance sheets and income statements seem incredibly important, the truth is that they’re always less important than the cash flow. Cash flow is what keeps your business up and running and it needs to be your first priority. There are a lot of ways for you to stay on top of this, ranging from selling your invoices to applying for fast loans online. 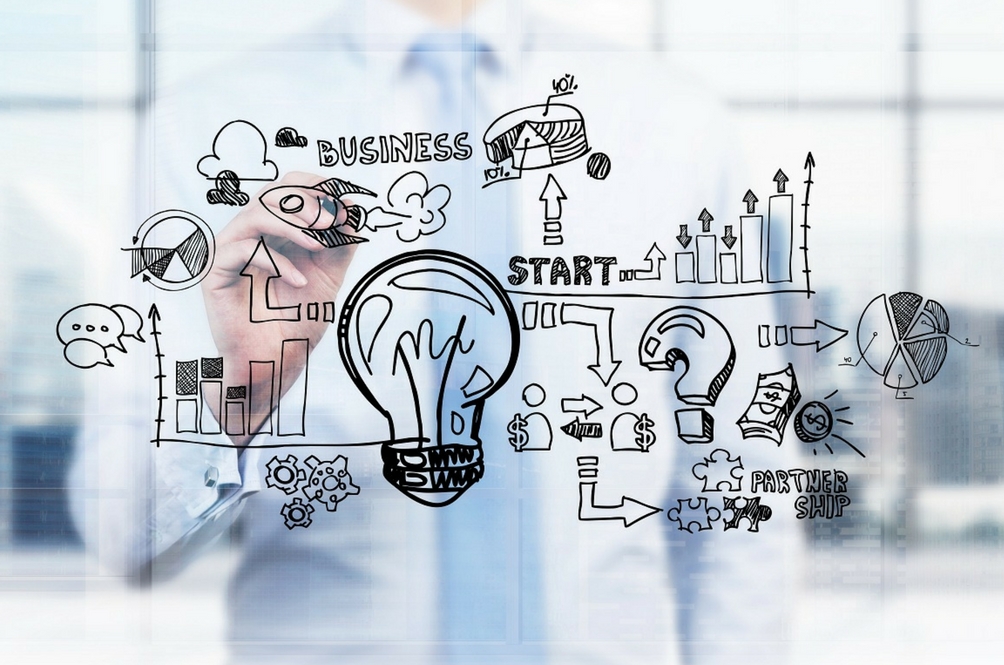 As Steve Jobs once said, great things in business are never done by a single person, they’re always done by a team of people. Sure, once a new device is developed and ready to be announced, Steve Jobs usually took the stage alone, however, without the expertise of gifted engineers from Apple, this company’s success wouldn’t be possible. Therefore, start building your own A-team as soon as possible. By delegating your tasks onto them and giving them more authority and trust, you’ll turn them into an unstoppable force.

Earlier, we’ve mentioned the fact that the majority of your competitors, objectively, seem to be in a much better spot than you are. The problem with this point of view lies in the fact that you’re not looking at the whole picture. As Bill Gates once said, we’re in a great era to enter the business world, seeing as how it’s likely to change more in the next 10 years than it has in the last 50. So, here lies your unique angle to outcompete them. By being the first to adapt, you’ll be the one with a competitive edge.

Another interesting business world quote comes from Warren Buffett and it claims that in the business world, the rearview mirror is always clearer than the windshield. The reason why so many people believe that things happen at random is that they don’t know all the facts surrounding the scenario in question. Once the situation blows over, you’re free to do some research on what went wrong. This is an expensive but incredibly efficient way of learning.

Finally, things won’t always go according to plan and this is something that you have to prepare for and accept. In fact, there are two famous quotes talking about this very same thing. First, famous Prussian General Helmut von Moltke the Elder said that no battle plan ever survives first contact with the enemy. Then, a full century later Mike Tyson said: “Everyone has a plan until they get punched in the mouth.” Sure, going into the business world without a plan is outright reckless but don’t expect that you’ll be able to stick to it all the time. Probably the single biggest problem in the present-day business world lies in the fact that everyone is free to give their opinion online and you have no idea just how valid their point of view is. Therefore, we’ve focused on the opinions of those who have proven their worth in the line of fire. We’re talking about experiences of those who have gone through all that you’re currently preparing to face and more. This is why you can’t afford to take these experiences for granted.