Feeling like they’re not getting a promotion that they need or that they aren’t getting promoted the way in which they deserve it, aren’t the only reasons for your employees to feel dissatisfied. Not feeling appreciated or not feeling like you’re making a contribution is one of the greatest reasons why millennials aren’t feeling good in their workplace, as well as why they leave. Seeing as how millennials are becoming a bigger and bigger portion of the market, this could turn out to be a serious problem. That is unless you figure out a way to show employee appreciation the right way around. Here are three simple methods that are known to work most of the time.

Unless you have an unusually large staff, you should be able to squeeze at least a couple of minutes each month for every single one of your direct subordinates. If the size of your team allows it, you should do this for every single one of your employees. During this personal meeting, they’ll feel more at liberty to give you honest feedback. Other than this, keep in mind that your employees know (or at least have an idea) just how busy you are.

The fact that you have the time to focus on them in a one-on-one conversation might serve as an indicator just how much you really care about them. Still, you need to be the one listening, actively listening, and try to make the other party feel like an important factor in this relationship. Being too authoritative may be good for the office discipline but it will also make people fear and distrust you.

Depending on the size of your staff, it may be impossible to commemorate everyone’s birthday or work anniversary with a party. What you can do, however, is to throw your company’s anniversary party and make the event employee-centric. Of course, this doesn’t mean that you shouldn’t do anything to mark their personal and professional milestones. Making a mention of this in the meeting or even bestowing upon them a customized gift like a prepaid Visa card might be a good idea. The biggest problem with these anniversaries lies in the fact that forgetting about them isn’t a neutral but a negative action. Especially if everyone knows that you’re already practicing this tactic.

The next thing you need to understand is the fact that the pep talk works as long as it’s sincere. Nonetheless, telling one that they’re an important member of the team or that they’re doing a great job are, for the most time, meaningless phrases. After all, it costs you nothing to say these things. On the other hand, if you do this in a more personalized matter. For instance, use an exact example of the contribution that they’re making or mention the way in which they contributed to the last project. 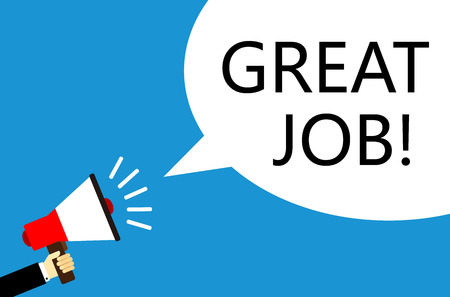 The easiest way to do so is to encourage their peers (who have more insight) to do this. Keep in mind that they don’t necessarily have to feel loyalty to you in order to stay motivated. Feeling the sense of belonging is more than enough and not being willing to let their team down is equally as strong motivator. Other than this, once you decide to publically (or at least directly) commend someone for the outstanding work that they’ve done, you can inquire with their closest co-workers in order to plan what to say. Either way, you’ve got a lot of options.

The last thing you need to understand is the fact that employee appreciation might just be the core of your talent attracting and retention strategy. Nonetheless, in order for this to work in the long-run, you need to find a solution that’s both sustainable and reliable. Each of the above-mentioned three methods fit these two categories.